What is an Algorithm?

What is an Algorithm?

For example, if you want to add two numbers, the steps are crystal clear and there is no ambiguity. First, take number 1, then take number 3 and then add number1 and number 2 as shown in the below image. So, algorithms mean All go in a rhythm. 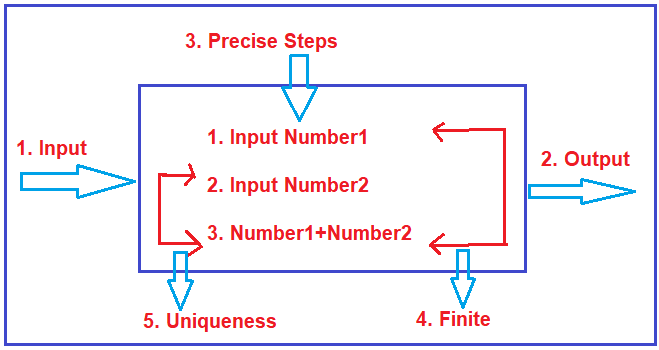 Finite means this algorithm will start and will end after certain steps. It cannot just go in an infinite loop. Uniqueness means the output of one step will go as an input into the next step. For example, the output of step1 i.e. Numbet1 must be used somewhere down below.

Properties of a good algorithm

Note: The algorithm should be written in such a way that it can be used in different programming languages. No coding is allowed.